10 Crazy Driving Laws Around the World

Driving abroad: check out these strange driving laws from around the world.

Have you ever wanted to drive around naked? Or perhaps, on the contrary, you dream of a world in which you never had to see another person sitting in their vehicle with no top on? Maybe your dog is always suggesting that you provide them with a seatbelt? Or perhaps you have recently found yourself fuming because a careless driver splattered you with puddle water on a rainy day and you wish that there was some legal outlet for your revenge? No matter what your weird and wonderful (or entirely reasonable) driving tastes and fantasies, there is sure to be a country that caters for them. So sit down, crack open a beer (which you can do at the wheel on one of the countries on this list) and read up on some of the weirdest driving rules in place in the world today. Where are you going to drive to?

10 crazy driving laws around the world!

With driving laws becoming stricter in the UK, you might be refreshed to hear that some of our laws aren’t the most outright ludicrous. From drinking to nudity, here are some of the craziest driving laws from around the world!

In contrast to Germany’s law, Thailand’s are a tad stricter. Although one of the most culture-filled and exciting places on Earth, you’ll probably be surprised that you cannot drive topless!

Rather shockingly, amongst more pressing issues, you are forbidden to drive a dirty car in Russia unless you’re willing to pay the price. So scrub up,                       maybe even twice and you’ll be free to drive. 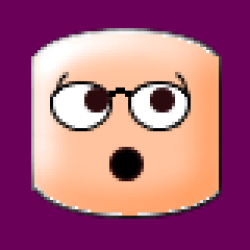