Welcome to another week of Travel Photo Thursday. By this time tomorrow all of my grading should be completed, and the marks will be in the computer. Then, it is hustle time for me. I will be going non-stop until I hit the airport bus next Friday, June 21st. First stop Vancouver, and then on July 4th it’s off to Nova Scotia. I can’t remember the last time I was so excited to be spending time in Canada. For this weeks Travel Photo Thursday I want to share a few of my favorite bridge shots from Korea. I don’t think it matters where we travel, there is always  a bridge to walk across or sail under. All are worthy of at least one photo.

Believe it or not, I live five minutes from this bridge in Daejeon. Built for the 1983 Expo, the Expo Bridge spans Daejeon’s Gap River. These days it’s strictly a pedestrian bridge and sees a lot of foot traffic on Saturdays and Sundays.

On a beautiful morning, and camera was mounted on a tripod 🙂 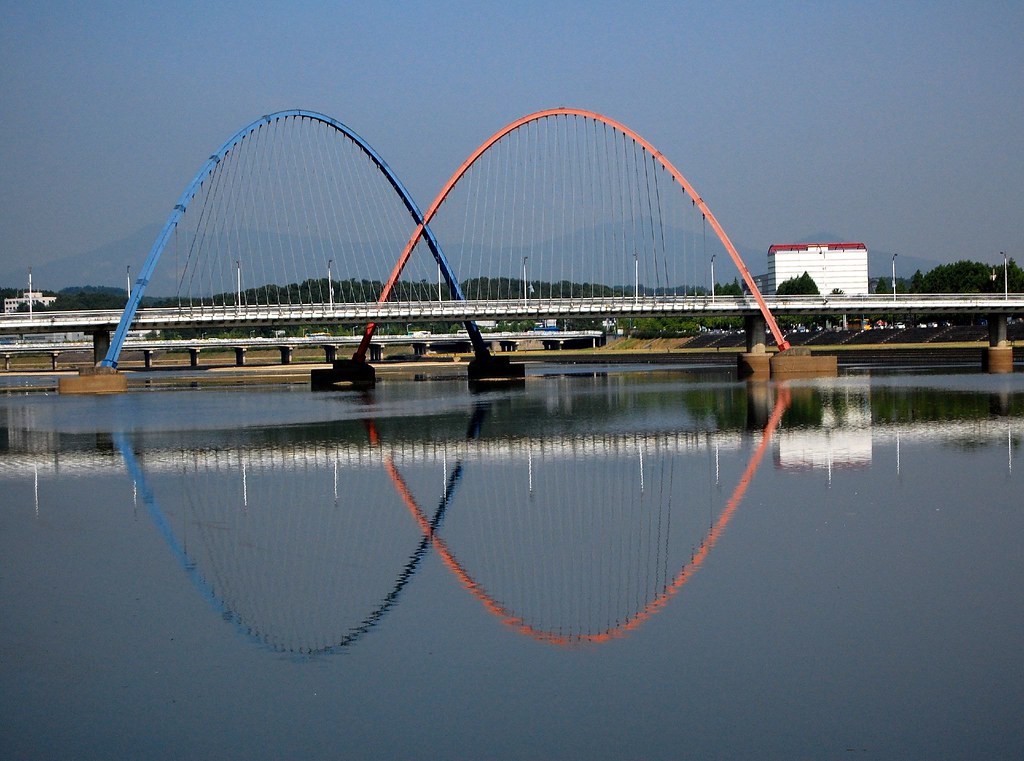 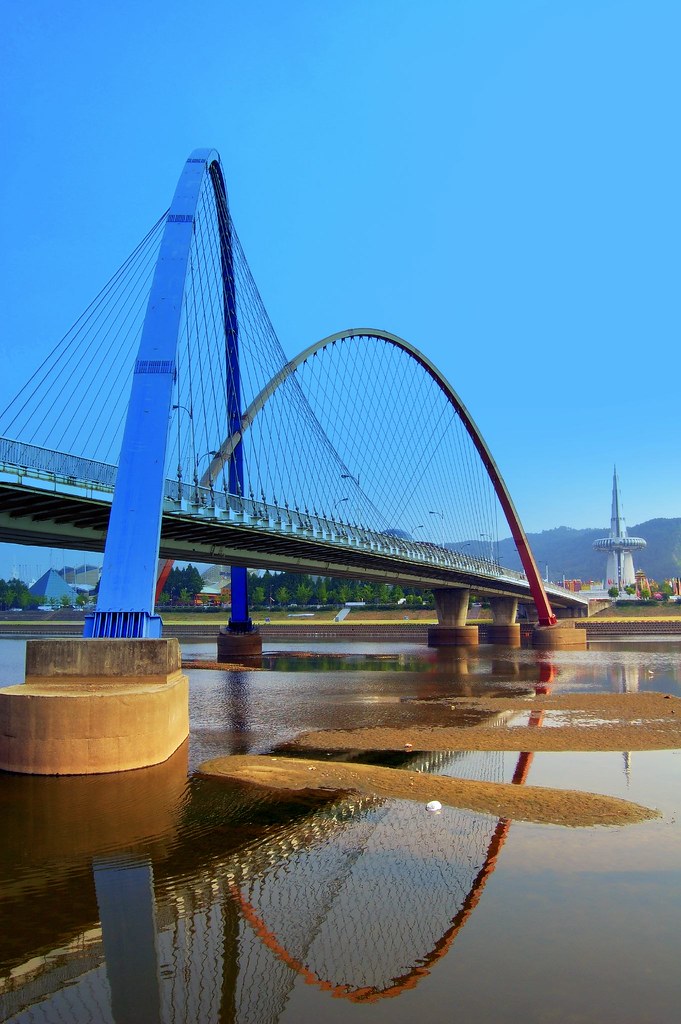 Gorgeous when it’s lit up at night, which doesn’t happen often enough! (This would have turned out better if I had had a tripod with me!) 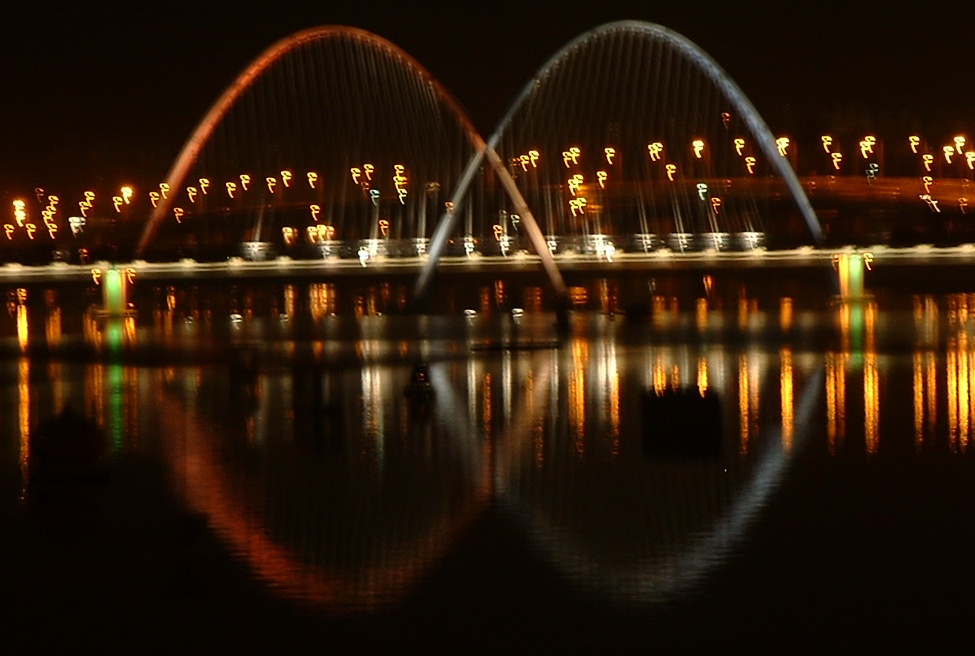 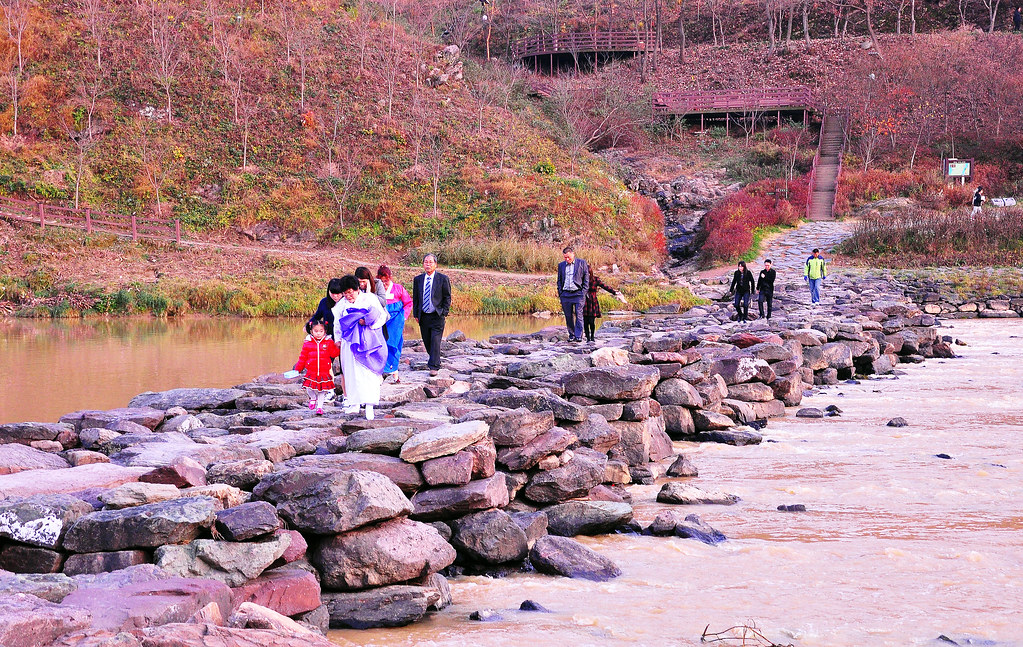 Bridge connecting Namhae Island to the mainland… (way down south) 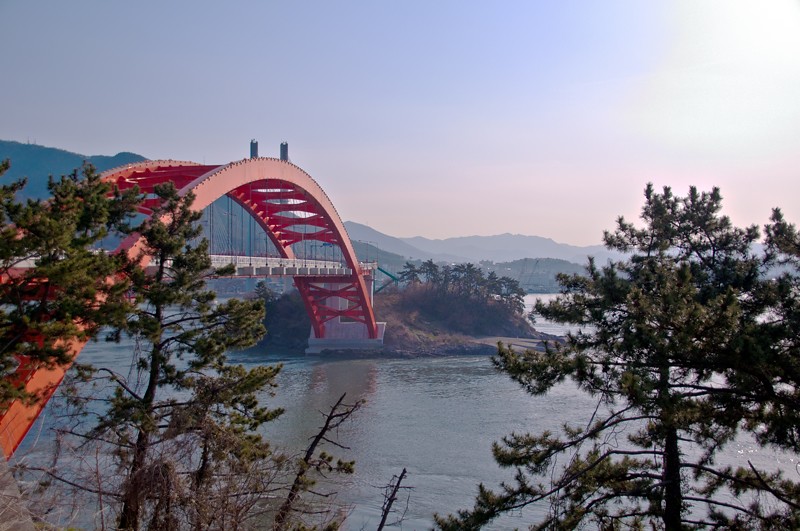 A Japanese style bridge in a park in my old neighborhood, here in Daejeon. 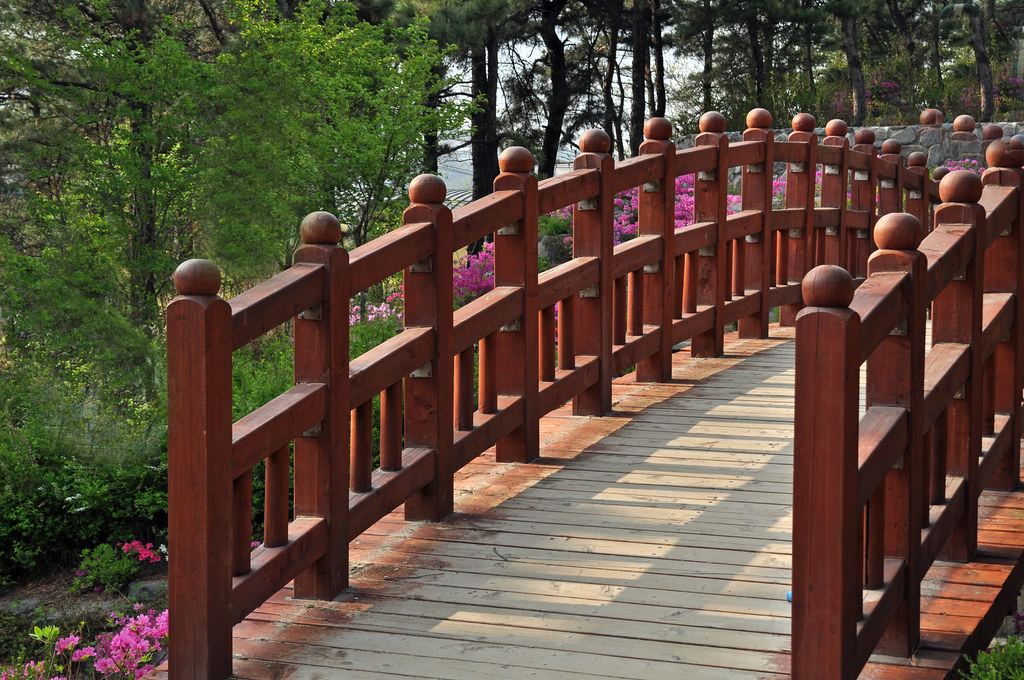 In my experience, bridge shots almost always turn out better when you use a tripod. If you don’t have one handy, try to find a flat to place your camera on, in an effort to reduce any camera shake. If you can’t rest the camera on something secure, stand tall with your elbows tucked in. This should help reduce any shake.