This week I’m taking you back to Nova Scotia, and to Halifax’s Titanic connection. Welcome to our 171st week of Travel Photo Thursday. Spring has arrived in Korea, and my plan is to get out and get some cherry blossom and magnolia shots before they are all but a beautiful memory. This a far cry from Halifax, where my poor Dad is still suffering through an unusually cold and nasty winter.

The Twitter hashtag for Travel Photo Thursday is #TPThursday.

As a courtesy, please post a link to Budget Travelers Sandbox.

Halifax’s role in the aftermath of the sinking of the Titanic is a sad one. Three ships from the city were involved in the grim task of recovering victims from the cold, bleak North Atlantic. Over 100 of the bodies plucked from the sea found their way to Halifax, and buried in three of the city’s cemeteries. Fairview Lawn Cemetary is the final resting place for one hundred and twenty-one of the Titanic’s casualties; more than any other cemetery in the world. 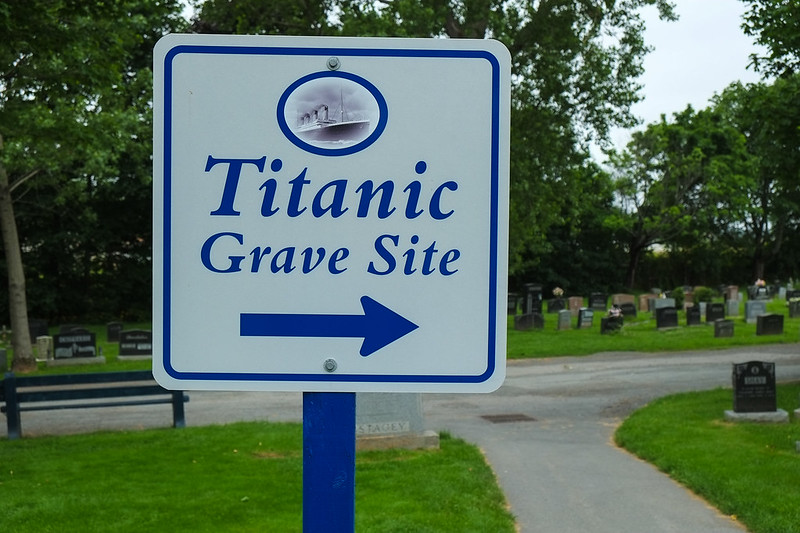 Most of those buried here are memorialized with small, gray granite markers etched with a name and April 15, 1912; the date the Titanic sank. 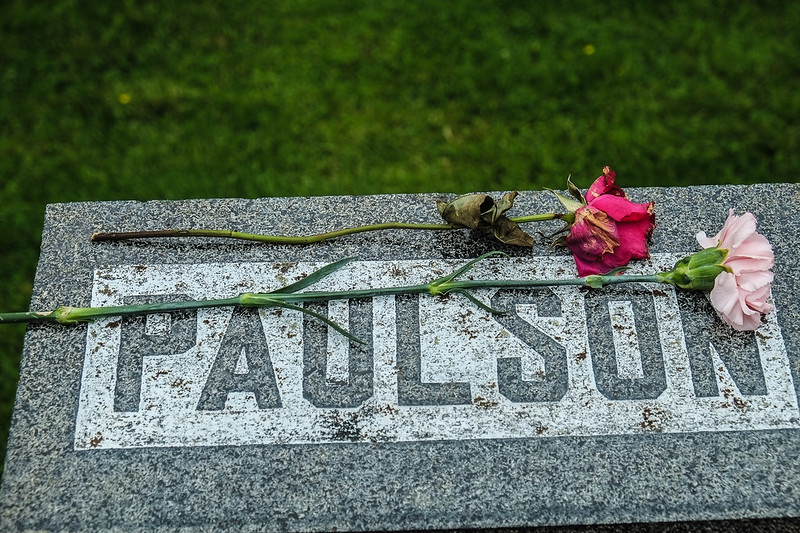 Of course, not every victim was identified. Nearly a third of the headstones contain only the date and a number unique to each body. 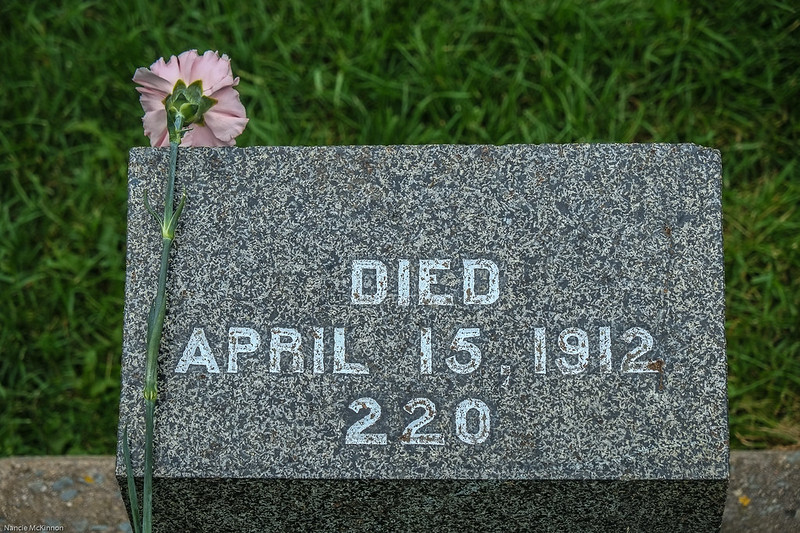 Thankfully, not all of the victims remained unidentified,  and some of these families did erect larger headstones in remembrance of their loved ones. 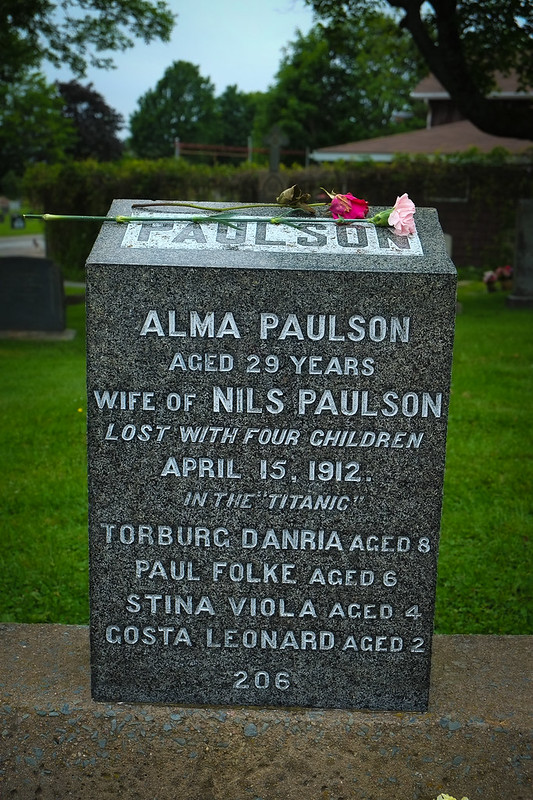 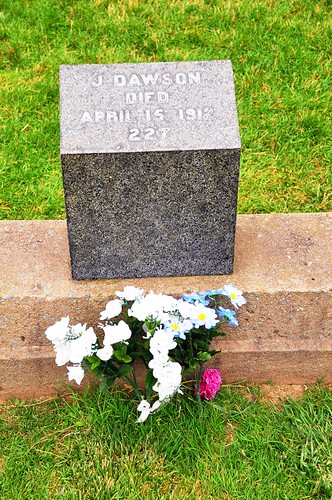 When the movie was released in 1997 fans came to believe that this was indeed Jack Dawson’s final resting place. Moviegoers showered the site with flowers and ticket stubs. Alas, dear Jack was not put to rest here. Researchers have discovered that this is the grave of Joseph Dawson, an employee in the Titanic’s boiler room. 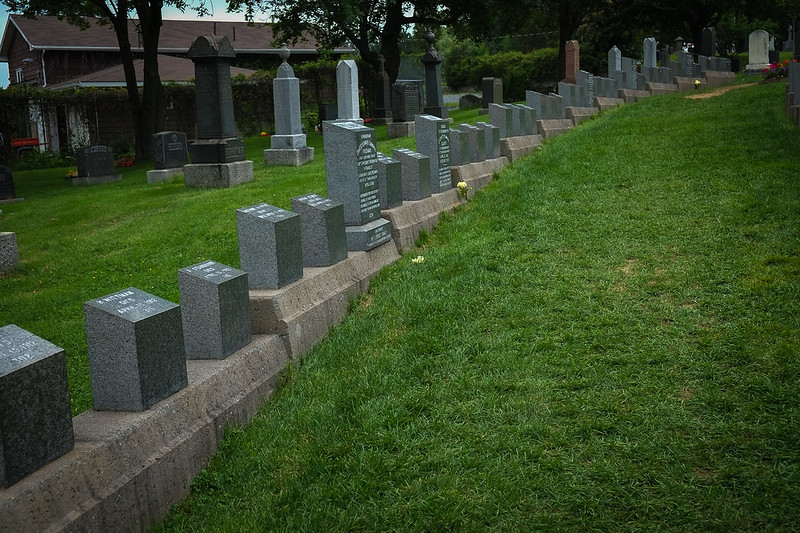 One of the better known grave markers, it was erected in honor of “The Unknown Child,” whose body remains unclaimed. His burial was paid for by sailors from the cable ship that recovered his body from the disaster site, the CS MacKay-Bennett. In 2002 the child was identified as Eino Viljami Panula. However, additional forensic testing proved that identification incorrect, and the child’s true identity is Sydney Leslie Goodwin. From England, his entire family perished in the Titanic sinking. 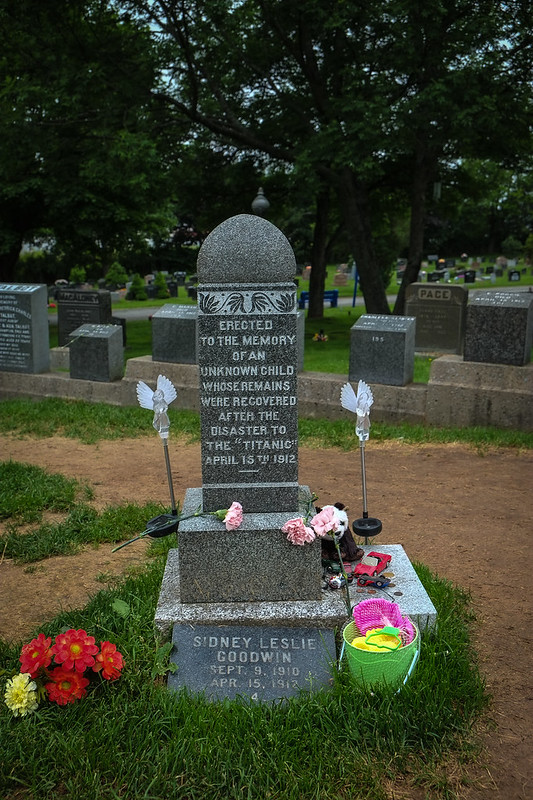 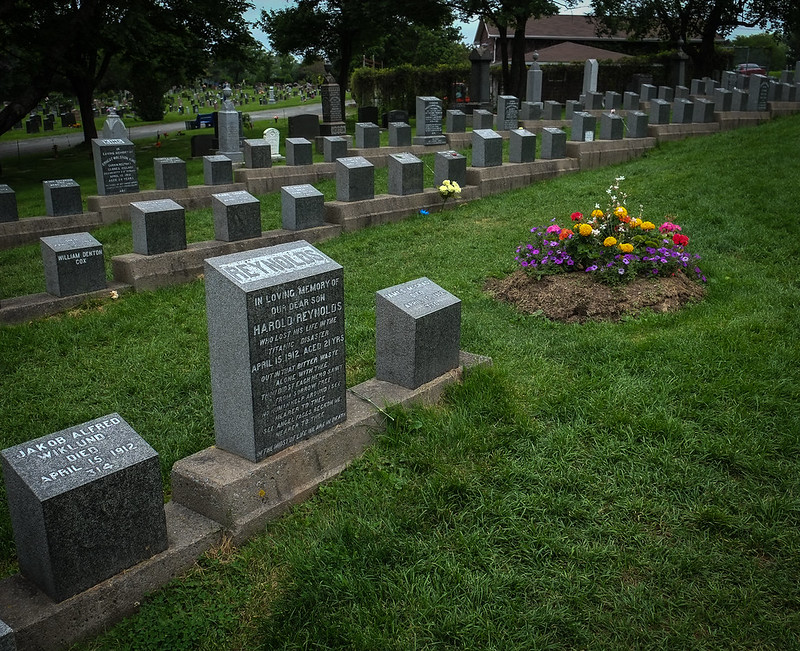 As you can see from the photos, the Titanic victims are not forgotten. Fresh flowers and other gifts are often lovingly laid on the headstones. This was one of the most touching. 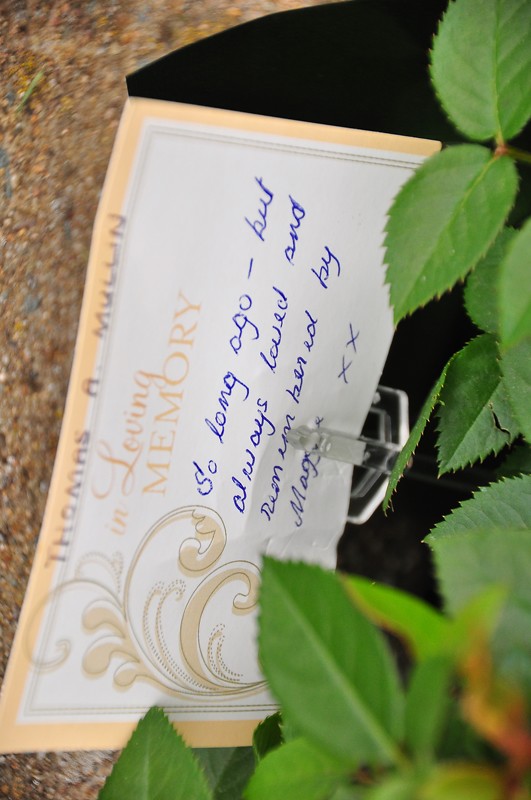 The cemetery is open seven days a week. I would recommend visiting during daylight hours when there isn’t a lot of snow on the ground. Admission is free, although, believe it or not, when the cemetery became a popular tourist attraction there was a suggestion that the city charge an entrance fee. City residents nipped that idea in the bud!

The star marks the location.

You can also choose a guided tour.

This is the 171st edition of Travel Photo Thursday. You can browse the archives here.
___